Voice for peace, justice and hope is not punishable but rewarding 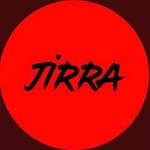 Being threatened for doing your job.

By giving your opinion and doing your job, you will receive messages of pure hatred, even threats of rape and violence. If this happens on the street, someone will be arrested. But when it happens online, it’s often said that you should bottle it up and accept it as a normal part of online life. That is simply not good enough. And certainly not normal.

In recent days, I have witnessed a lot of online violence by supporters of the Ethiopian government. Because as a representative of the people I do my job and use my freedom of speech to do so. I rightly noted that Ethiopian Prime Minister Abiy Ahmed, who received the Nobel Peace Prize last year for ending the border dispute with Eritrea, is not a peacemaker domestically.

When this summer protests arose among the Oromo, the largest population group in Ethiopia, after the murder of their iconic singer Hachalu Hundessa, he did not engage in a dialogue about the equal rights of the Oromo, but brutally crushed the protest. More than 300 people were killed and thousands of people arrested, including journalists and opposition leaders. The human rights situation also deteriorated in the rest of the country.
Subsequently, Abiy Ahmed indefinitely postponed the elections planned for August 2020, which were to mark an important step in the transition to democracy. It is feared that the transition was brought to a dead end as a result.

He launched a military offensive against the rights-defying region of Tigray, which could lead to civil war across the country and instability throughout the region. He closed humanitarian access to Tigray. The same happened with the telecom, internet and electricity connections. The UN warned of a famine. Peace with Eritrea is also at risk.
The African Union and the UN offered to mediate. Tigray accepted this, Abiy Ahmed declined mediation because, according to him, it is a purely domestic matter. But Ethiopia is not a separate puzzle piece. It’s part of a whole and what they do there also impacts us. A humanitarian disaster is imminent and Ethiopia is also strategically important for stability in East Africa, to control terrorist groups such as Alshabab in Somalia and to prevent refugee flows to neighboring countries and the EU.

In the European Parliament, I stressed the need to avoid escalation, to avoid further bloodshed and to establish a genuine dialogue about coexistence with respect for each other’s autonomy of the various peoples of Ethiopia.
I also pointed out that Ethiopia is the largest recipient of European development aid in Africa. The EU should use this as leverage to induce the Ethiopian government to accept a ceasefire, peace talks and inclusive domestic dialogue and to provide humanitarian access to the war zone

I and my colleagues ask for an urgent de-escalation. My conclusion is clear. The Prime Minister was awarded a Nobel Peace Prize last year, but for now I see nowhere in his attitude and actions that he is a peace builder in his own country.
In the meantime online supporters have threatened, insulted and blacklisted me: “the list of the enemies of Ethiopia”, which contains threats but also all kinds of lies. This is unacceptable and as a peoples representative I will never allow anyone to silence me for doing my job and defending human rights.
I am a friend of freedom and human rights. That’s how you have always known me and that is how I will continue to work. I will continue to call on all parties involved to take immediate action to de-escalate the conflicts in Tigray and other parts of Ethiopia such as Oromia and Southern Ethiopia, where there is also ethnically targeted violence. The aim should be to restore peace, protect civilians, refrain from disinformation and hate campaigns and ultimately resolve disagreements through a genuine, inclusive and credible dialogue on coexistence and reforms in Ethiopia with all concerned parties and commit to a democratic process with free, fair and transparent elections

Yesterday we had a good online conversation about cyber violence against women with experts including EUROPOL boss Katrien De Bolle in the joint committees on justice and women’s rights of the European Parliament to tackle gender-related cyber violence. A serious and workable framework is needed to protect all people online, one that is far more ambitious than what is currently available.

And this has nothing to do with censorship. The laws already say where the limit is. Everything that is punishable offline must also be online.

Thank you for your support.

Thank you for your support,
Assita Kanko

Oromedia is a non profit organisation established to provide news, views, information, to provide training, to create awareness to the Oromo community in Victoria focusing on a range of current and relevant issues of Oromo national interest. It provides news and views on topics ranging from arts, culture, history, politics, education, healthcare, business,, sports, technology and science. Oromedia is the strategic use of media to promote public debate, and generate community support for changes in community norms and policies. Working for the goals of safe, healthy and prosperous communities, identifying barriers to strategic policy implementation, and sharing current research through media that improve the world we live in. The purpose of Oromedia is to provide information, to connect people, to promote knowledge and advancement through collection, production and dissemination of information, providing training, organising information session forums with the aim of sharing information, education and experiences among nation.

Three Chinese released and handed over to representatives of ICRC

OROMO VERSION: Stay safe, stay home during the coronavirus pandemic – We can do this, together

Three Chinese released and handed over to representatives of ICRC